J.K. Rowling famously thought up a school of witchcraft and wizardry while on a delayed train. Of course, as it often is when the muse decides to strike, she was penless (and, she admits, too shy to ask for one).

Rowling, of course, was eventually able to find a pen, and 400 million copies later, Harry Potter and his world of magic has become one of the most beloved stories of our time. But, as Rowling wrote each book, that world got bigger and bigger until not even a delayed train ride could help her organize it.

Instead, Rowling took to organizing on paper, creating a massive structural outline for each book. Including every chapter, a timeline, and each major plot and theme, these charts helped give her stories the impeccable pacing that has kept so many of us turning pages far past our bedtime. (Who else forgot to walk the dog the day the Deathly Hallows came out?)

If you’re about to structure your book and are looking for inspiration, take a look at this magnificent chart JK Rowling crafted for The Order of the Phoenix: 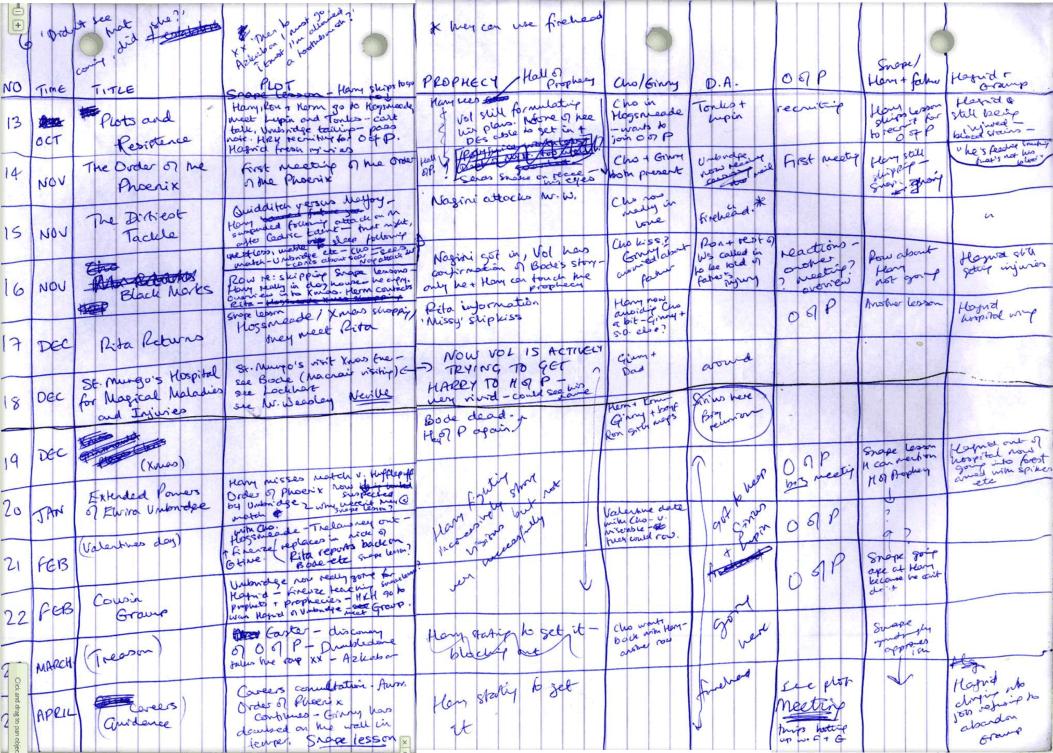 Every book has its own needs, and your notes may look completely different. Just remember: if an organizational structure worked for Harry, it’ll work for you.

If you need more structural assistance, check out some of our other articles on organization:

How to Mind Map Your Book

Paris is the Publishing Coordinator of LifeTree Media. When not working on the next bestseller, he can often be found reading one.