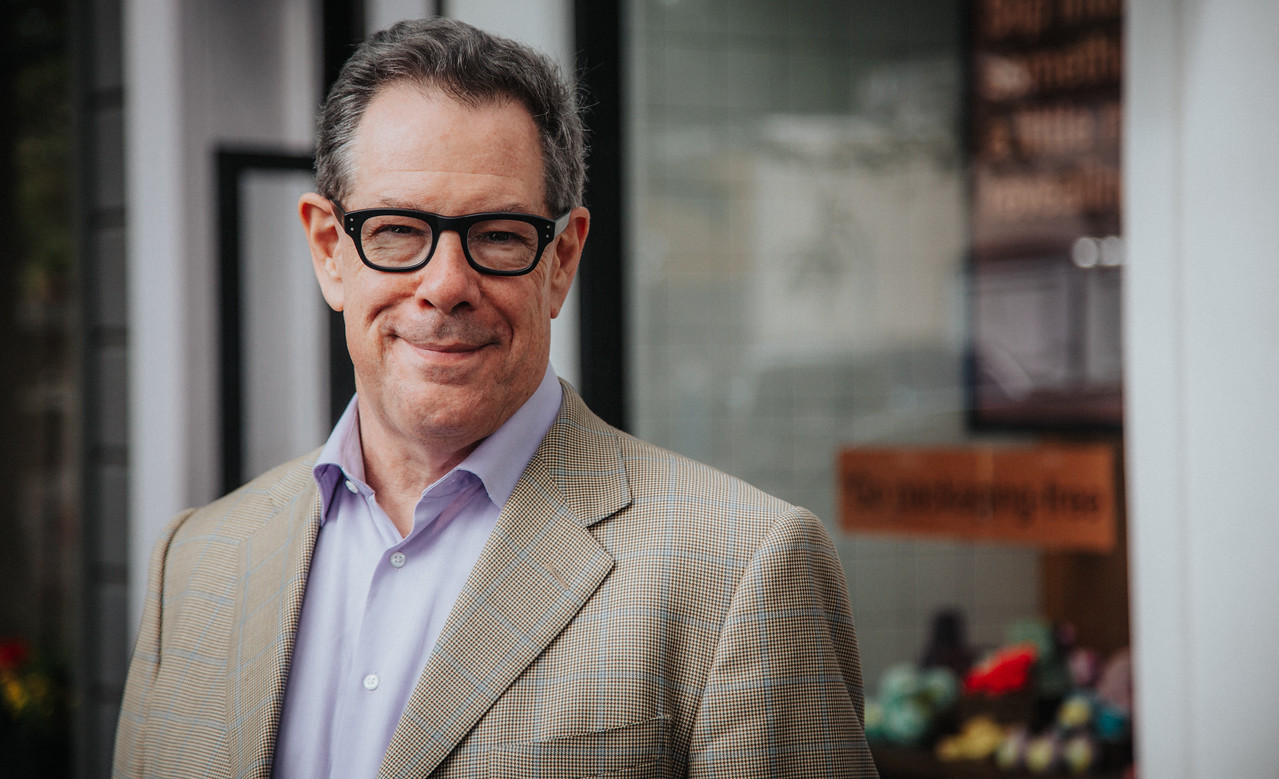 A consultant, keynote speaker, and global retail influencer, Steve Dennis is also a prolific Forbes contributor. However, as he’s found out, writing short-form pieces are a different ball game compared to writing his first book, Remarkable Retail (published by LifeTree Media in April 2020). Here the new author talks with our publisher Maggie Langrick about what he’s learned and gained from the experience of going through the book publishing process for the first time. This interview has been edited for length and clarity.

What was the difference between writing an article and writing a book that is the length of 10 articles? Was it harder than writing 10 articles?

One thing that really helped is that I’m a pretty big outliner. Because I had outlined it a lot, I had already been speaking broadly about many of the themes in the book, and I initially thought of the subchapters as basically articles. I don’t want to say blog posts are easy, but I’ve written like 900 of them, and to a certain degree, it’s just set up. There’s a structure to it. I rarely take more than two hours to write 500-1,000 words so I thought, “Ok, 60,000 words? Just multiply it out.” So, I probably went into it with a false sense of security. When I had to fill it in more, it was just way more original writing than I had expected. I’m sure that’s true for any book—just working out how to make the whole thing work in 200+ pages is a challenge.

I think it’s easy to underestimate writing a cohesive piece. Each chapter has to have an arc, just as articles do, but then the whole thing has to have an arc too. Stitching it together and making it build and flow is a different skill set and it will stretch you. Did you notice that part of it? That you were having to zoom in and zoom out?

It’s different. Assuming I write another book, I would say it’s given me a different kind of confidence about how to do it. I think I started down a path in a kind of awkward way. I had it in my head that I had time to do it, but what I didn’t really allow enough time for was getting other people to provide feedback on the content.

How did you go about gathering that feedback from peers?

I had gotten feedback on the first half of the book early on because that material was fairly well developed. I got some helpful advice from people who generally know the subject, but their input was more about how well the story was holding together rather than commentary on my advice. It would have been helpful to do more of that with the second half of the book too. In retrospect, I think it would have been better to have sent particular pieces, say, this chapter on personalization, to people that are specialists in that specific area.

I don’t know how much time people realistically put into reviewing other people’s manuscripts. I’ve been asked to read people’s books and in most cases, I don’t have the time to do a really good job. But I think if I had asked, “Hey, look at this chapter, you really understand the subject. What’s missing? What’s not clear? Are there better examples?” A 2,000-word chapter doesn’t seem like a massive amount of work for people to do. I feel like it would have made the work stronger and they might have caught any weaknesses in my logic.

Do you feel like writing this book made you a better writer? What do you feel you gained in terms of skill or creativity from this experience?

I don’t think it’s necessarily going to help me write speeches or articles, but being able to carry or think about a story arc in a different way is helpful even for a much shorter form. And just process-wise, for sure it has helped me. I’ve realized that it would probably be better for my Forbes pieces if I actually had a deadline. I usually set my own deadlines, and I don’t really plan for writing, other than that I tend to write first thing in the morning. Writing a book takes not only setting aside time but also asking myself, “Do I work on part one in total? Do I work on a chapter outline? Do I need to finish a particular section to help figure out what’s next?” That’s the thing I’ve never really done before.

Do you think you will write another book?

I think I’d like to. I have several ideas for business books. One of my colleagues has written two books, and she said it was amazing to her that it took 11 years to feel it was time to write the second book. When she wrote the first one, she thought, “well, I’ll do another one in a couple years.” But she found, from a business standpoint, that she got a lot out of her first book. She said, “you’re not writing the book to sell movie rights or make a fortune. It’s more about your branding and your business. If your first book is doing what it takes I wouldn’t be in a big hurry to start again, unless you have some big new idea you feel compelled to bring to the market.” Well, I don’t have to worry about that right this second. In the meantime, I’ve got my little side notebook where I work on ideas.

Remarkable Retail: How to Win & Keep Customers in the Age of Digital Disruption equips the savvy retailer with eight essential strategies to deliver a powerful customer experience. Learn more about the book here.

Publishing Coordinator at LifeTree Media
Jesmine honed her editing and marketing skills at Geist Magazine, Greystone Books, and Quietly, among other organizations. In between freelance projects, she is either engaging in acts of mindfulness or whittling down (and adding) to her TBR list.